On 26 March, Goethe-Institut in Lithuania in partnership with Martynas Mažvydas National Library of Lithuania presented the collection of works by Werner Herzog, one of the most acclaimed directors of New German Cinema. Over his long and successful career, Werner Herzog expanded the possibilities of cinema as an art form and transformed a wide range of genres. His films explore a variety of cultural and living environments and capture people at psychological extremes. Herzog is fascinated with characters who deliberately put themselves in extreme situations and push the limits of human possibilities.

The Other Worlds of Werner Herzog is one of the many projects hosted by the National Library aimed at emphasising the importance of inter-cultural communication.

“For several years now the National Library has been pursuing an ambitious goal of introducing general public to the national-level events aimed at promoting the development of cultural diplomacy. We are excited about this role since our mission as a social institution is to build, engage and educate communities. This evening is dedicated to the internationally acclaimed film director Werner Herzog and it was made possible thanks to the Goethe-Institut’s Director Detlef Gericke and his incredible team,” said National Library Director General Prof. Dr. Renaldas Gudauskas in his opening address.

Detlef Gericke, Director of Goethe-Institut, thanked the National Library for providing wonderful spaces for the project and noted that The Other Worlds of Werner Herzog will comprise several seasons. “Every Tuesday and Thursday up until the beginning of May the National Library will host the screenings of Herzog’s films known for their unique aesthetics blurring the line between fact and fiction. Meanwhile, the second season will start this September in Kaunas,” Mr. Gericke shared his future plans with the audience.

The project The Other Worlds of Werner Herzog consists of two parts: a photography exhibition and a film programme. The photography exhibition will offer library visitors a glimpse into the frozen shots of Herzog’s films as well as behind-the-scenes shots featuring the portraits of the director himself. The exhibition will run until 28 April. The other part of the project includes the programme of Werner Herzog’s films which will introduce Lithuanian audience to his early cinematic works presented by Goethe-Institut. Some of his films with Lithuanian subtitles will be shown to Lithuanian audience for the first time. The visitors of the National Library are welcome to attend the film screenings which will take place every Tuesday and Thursday at 6:00 p.m. in the Cinema Hall (5th floor) up until 2 May. The programme includes a total of 13 films. 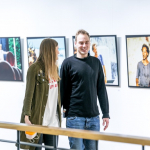 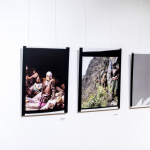 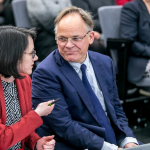 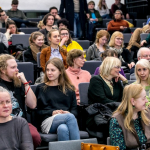 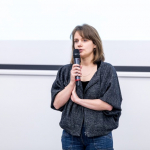 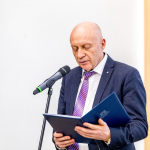 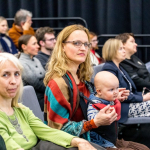 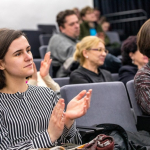