You can read the publications below using any desktop computer in the National Library’s reading rooms. To sign in as a registered user, please approach the library counter staff for assistance.

Bild
The most widely circulated national German tabloid. Its subheadline boasts of its independent status.  One of the most popular and best-selling European periodicals, known for its sensation-seeking news and great influence on German politicians. It has been part of the Axel Springer publishing group since its founding and comes in a national and 25 regional editions. Read the print edition at the library.

BusinessWeek
An American business weekly published since 1929 by the Bloomberg financial news agency. It employs 1,700 journalists across 72 countries. The publication has a readership of over a million and focuses on business, finance and politics. It provides unique insights and a comprehensive analysis of people, events, companies and trends shaping today’s complex economy. Read the print edition at the library.

European Business Law Review
A UK-based legal journal first published 25 years ago that specialises in business law, EU law, and the legal landscape of EU member states as well as other European countries. The journal offers commentary and analysis on the topics of commerce, finance, enterprise organisation, management and marketing practices, conflict of interest and administrative law.

European Journal of International Law
One of the most prominent legal journals in the world, published on a quarterly basis. Established in 1990 by a group of academics from the European University Institute in Florence, the journal is the only publication that systematically presents overviews of international law, EU law as well as the legal relationships between EU member states.

Harvard Business Review
A US-based journal dedicated to management strategy and innovation. Focuses on topics such as leadership, finance, marketing and the management of organisational and human resources. Read the print edition at the library.

Horn Book
First published in 1924, this is a US-based biweekly journal dedicated to children’s literature. The journal offers articles on trends and issues in the field of children’s and youth literature, essays, interviews with writers and overviews of new books. The digital edition of the magazine includes a database that allows a detailed book search. Read the print edition at the library.

New Scientist
The most popular weekly science and technology journal published out of the UK, with branches in the US and Australia. It presents the latest in scientific news, discusses current issues in science and controversial topics. The journal also offers a reader’s comment and question section as well as interviews with scientists. The publication’s Facebook profile advertises it as the best place to find out what’s new in science – and why it matters. Read the print edition at the library.

Spiegel online
The oldest news journal in Germany, publishing political and social news and analytical articles. A printed version is also available in the library.

Stratfor Worldview
This is an American geopolitical intelligence platform founded in 1996 in Texas (USA). For over 20 years, geopolitical analysts have been writing up comprehensive, independent and objective analyses and projections, and analysing world events from the geopolitical perspective.

The Baltic Times
A monthly newspaper that focuses on the political, economic, business and cultural news of Estonia, Latvia and Lithuania. With headquarters in Riga and branches in Tallinn and Vilnius, the publication is the region’s only English periodical that presents objective information, news analysis and commentary. Read the print edition at the library.

The Lion and the Unicorn
An international academic journal published three times a year by the Johns Hopkins University Press (USA), that specialises in serious discussion about children’s literature. Topics covered by the journal include the publishing industry, authors of regional significance, literary theory and comparative studies, the art of illustration, media and popular culture. It offers readers interviews with writers, editors and other prominent specialists in the field as well as book overviews.

The New Yorker
Published since 1925 in New York, the United States, The New Yorker is a weekly magazine offering coverage of both American and global news, commentary on political, social and cultural topics, modern literary texts and reviews. The magazine has won a Peabody Award (2012), a GLAAD Award (2014) and a Pulitzer Prize (2018). A printed version is also available at the library.

Vanity Fair
A monthly periodical focused on popular culture, fashion and current events published in the US since 1983. It covers celebrity life and news in the areas of fashion, style, politics and business. Read the print edition at the library.

Wprost
A weekly periodical based in Poznan, Poland. One of the most popular and most-cited publications produced out of Poland, known for its conservative liberal approach, broad topical reach and analysis of local and global events.

More foreign electronic periodicals are available in the subscribed databases or here (in Lithuanian). 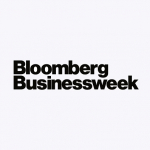 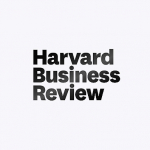 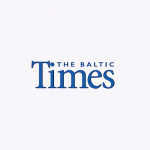 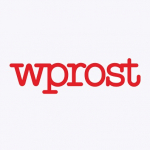 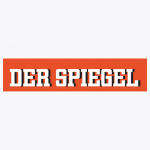 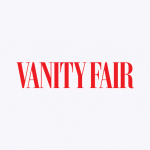