On 14–16 June this year, Director-General of the Martynas Mažvydas National Library of Lithuania Prof. Dr. Renaldas Gudauskas participated at the meeting of the Council of the European Bureau of Library, Information and Documentation Association (EBLIDA) and at a conference at the Goethe Institute in Athens.

The conference’s theme was ‘Ready to take off: Libraries’ commitment towards a sustainable, democratic and equitable society’. On the agenda were issues regarding recent changes in the European Structural and Investment Funds (ESIF) and processes of adapting libraries to procedures of the ESIF system. The conference raised the following questions: how can libraries contribute to economic development of European cities and what political and economic tendencies do affect libraries’ performance? A significant focus was on processes of sustainable development at European public libraries and university libraries. The participants were introduced to the draft 2022–2025 EBLIDA Strategic Plan.

Lithuania’s National Library became an associated member of EBLIDA in 2016. This organisation, which was founded in 1992, represents over 100 libraries from the European Union and other European countries and the network of information and documentation associations

Director-General Gudauskas also participated at the Conference of European National Librarians (CENL), which was held at the National Library of Turkey in Ankara on June 19–21.

This conference’s major focus was on the project of the CENL Strategy 2023–2027. It also discussed the role of national libraries in the rapidly transforming society, establishment of innovative services, possibilities for innovations at cultural establishments, libraries, archives and museums as well as within the fields of digital collections and the cultural heritage.

CENL is a network of 46 national libraries from 45 European countries. Since 1987, CENL purports to strengthen the role of national libraries in Europe, especially in view of their responsibility to preserve the national cultural heritage and guarantee access to knowledge for the general public. 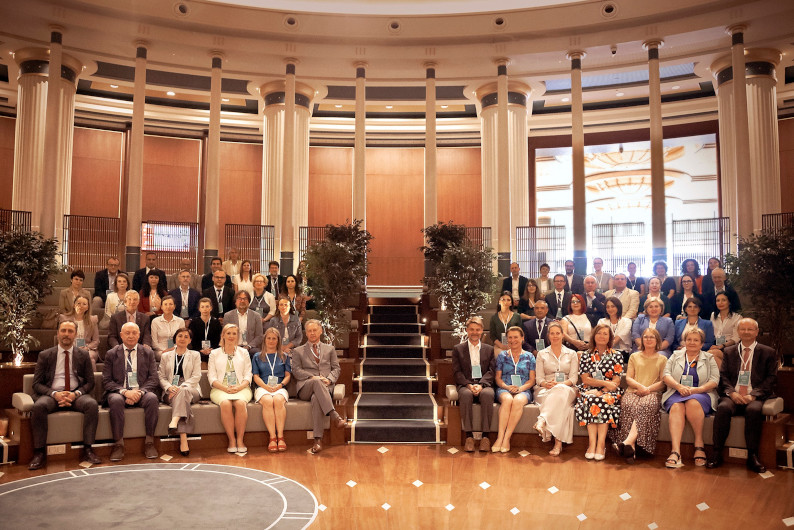